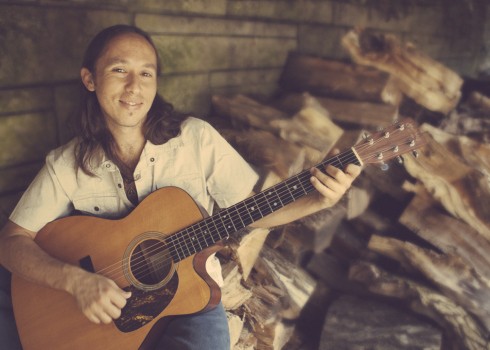 The Human Revolution has been rocking crowds from Maui to San Francisco, New York to Nashville, Kansas to Costa Rica and all places in between with its message-driven, Americana folk-rock for ten years and counting. Founded in 2003 by singer-songwriter, frontman, and Ohio-native Matthew Human, The Human Revolution emerged out of the mystic folk underground scene of Northern California and Southern Oregon to become one of the best-loved bands on the West Coast festival circuit.

In addition to being a gifted singer/songwriter, Matthew Human is also an outspoken proponent of small farmer’s rights and protecting the world’s food and water supply from big agri-business. His commitment to food justice and ending the corporate stranglehold on our crops is evident on such spirited anthems as “Clean Food” and “Monsanto Go Away,” which The Human Revolution played almost continuously on a 350 mile march from Brooklyn New York to Washington DC, culminating at the White House on international food day in 2011.

In 2005, The Human Revolution’s video for the hit hemp anthem, ‘Tree of Life,’ went viral and has since attracted more than 400,000 views online. Not long after In 2009, The Human Revolution opened for Willie Nelson, one of Matthew Human’s longtime heroes. Driven by a desire to help seed the planet with positive ideas and organic, pesticide-free food, in 2012 The Human Revolution toured the West Coast in a bio-diesel bus in support of California’s GMO Labeling Initiative.

Over the past decade, Matthew Human has released seven albums, including Breathe, his third and most-highly produced solo venture; Acoustic Alive on Maui, his first live recording; and Love Revolution. The Human Revolution’s most recent release, Small Town, featuring Jeff Pevar and bassist Sam Frey, was crowdfunded by a Kickstarter campaign which garnered more than $25,000 in donations.

Currently finishing production on his eighth album in Nashville, Tenn., Matthew Human is breaking new musical ground by fusing his message of awareness, playfulness and sustainability with a good ol’ fashion country sound. In collaboration with his rotating cast of all-star musicians, including female pop vocalist Amae, and legendary folk rock guitarist Jeff Pevar, The Human Revolution is bringing conscious lyrics to country music and bringing country music back to its roots.