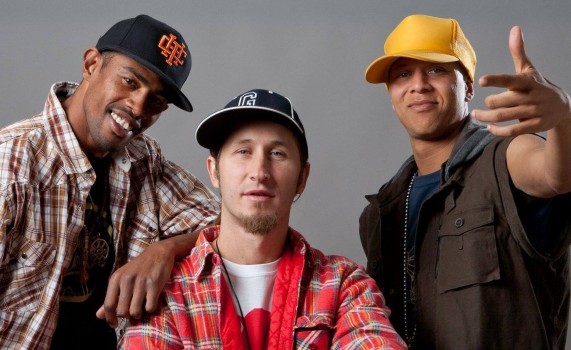 Formed in Venice Beach California, and immersed in one of the most culturally diverse communities in LA, arises the heart driven, and service orientated Hip Hop emissaries of peace, the Luminaries. From the underground parties in “Dogtown” to the biggest festival stages on the west coast, the Luminaries have now taken their message international and crowds everywhere sing along the anthem, “Peace Worldwide Starts From Inside!”

The band sees themselves as more than just musicians, but as catalysts for change. Each member having played the role of teacher, social worker, and activist, from working with homeless youth to defending the nation’s largest urban community garden, The South Central Farm. Luminaries embody the power of service, and do so of course through their inspirational live performances that leave audiences rejuvenated from the soul, down to the cellular level.

Luminaries bring an amazing live show that’s reminiscent of the golden era of Hip Hop, fused with a soulful, electro, live band, funk filled experience! As expressed by one of the “Grandfathers” of the genre, and early founder of modern rap, Afrika Bambaataa reminded us the power of “Peace, Unity, Love, and having Fun!” In the same vein, Luminaries create a soundscape of Hip Hop mantras inviting audiences to participate in the connectivity of one another while going ecstatic on the dance floor! http://luminariesmusic.com/