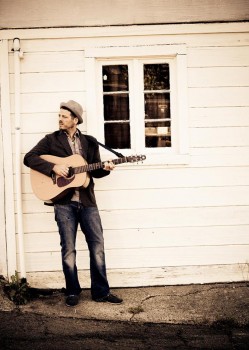 The thing that sets Singing Bear apart from other musicians … his Lyrics. Like many he is beautiful with a great band and has a very captivating and magnetic stage presence and a wall dropping bitter sweet and powerful voice. But honestly, what makes it different is the words … the poetry. Truthful, real, written by him.

His live performances are magic because he allows himself to go beyond his recordings. He freestyles new lyrics and speaks lucidly as if channeling from another time and space. On stage, he is on fire, a presence, a spirit, a voice of the people, a muse, a witness, a visionary, a comedian, a star. Yes, he jams the acoustic guitar, harmonica, keys and percussion with flawless skill and funky style. Yes, he has incredible music sensibility and can orchestrate his band with a sort of ESP. Yes, the sings angelic and moves elemental, like liquid velvet. Yes, he has all those talents and charms, but the things that everyone really comes for are the words … the lyrics … the poetry … the vibe.

Singing Bear was named by his mother – Anthony Singing Bear – and he is part Native American but does not flaunt it. In 2005 he moved to SF from Ohio where he had a band called “Forealious” … since then he has been performing non-stop, and has performed as some of the largest festivals on the West Coast including a slot at Mystic Garden Party where he played just before Michael Franti and all with no management, agent, or promotional team. He has sold over 3500 CDs by himself and continues to elude Labels and Managers with his covert style. He recently teamed up with producer and writer Jesse Boleyn to record “Gold” – Recorded at Renegade Studios (Jefferson Starship), Mixed by Chris Garcia (Santana, Dido, Katy Perry) and Mastered at Sonic Vista Studios (Lady Gaga, Grizzly Bear) … – All Independently and Produced at the highest level … This new album introduces Bear to the world as an Independent World-Class Artist and is certain to become a classic. http://singingbear.net/