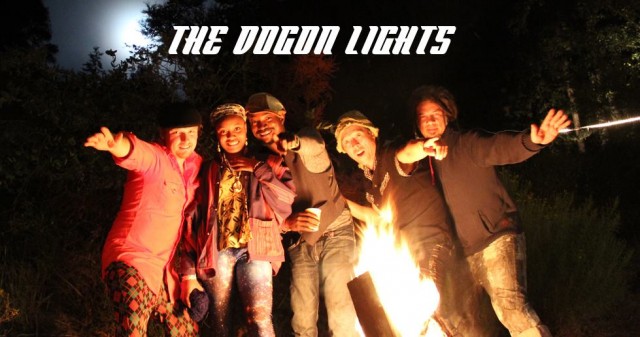 The Dogon Lights arose out of Hamsa Lila and puts together the best of the bay. Featuring a multiethnic mash of people and traditional and modern instruments. Vocals are in many different languages. The Dogon Lights brings together elements of world music, Hip Hop, Electronica, Cuban, African, Shamanic and Hendrix enspired guitar.

The Dogon Lights create an undeniable, funky and energetic dance atmosphere that takes the listener straight to the stars. Their unique traditional skin and wood instruments are played over Hot Afrodelic Grooves and inspired vocals in multiple languages. The Dogon Lights blend ancient instruments together with the modern such as the Sintir and Guimbri from Morocco, the Kamale Ngoni, Calabash and Djembe of Mali, Burkina Fasoi and Guinea, with Bass, Guitar, and Flute from the West.

The band name is inspired by the Dogon people of Mali who believe they are descendants of the Sirians who come from the star Sirius also known as the Dog Star.