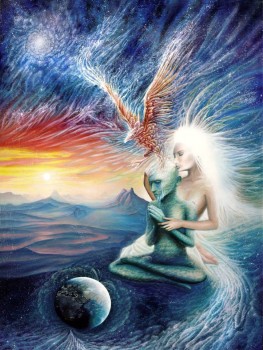 Benjamin Moss currently lives in the foothills of Sierra Nevada mountains near Nevada City. He grew up in a small town an hour east of Fargo, North Dakota. He studied drawing, painting, film and philosophy in high school and college. Feeling uninspired by the television/videogame based life styles of the Midwest he moved to Portland, OR at the age of 22 and it changed his life forever. He went from a self-proclaimed nihilistic agnostic to a new age born again lover of the divine spirit of life. He discovered the vast world of festival and dance culture. Within this culture he found visionary art, ecstatic dance and a creative based culture, which sparked the inspiration to start his visionary exploration of birthing to canvas the inner realms he constantly feels deep inside.
Growing up, I found myself drawn in a world of fantasy. Playing Dungeons & Dragons with my two brothers- Watching movies like Star Wars, Willow, and Princess Mononoke over and over again – Reading the Hobbit and Elf Quest comic books. These archetypal words of magic and mythology felt like a far more enticing realm.
“What has impacted me most however is the festival culture of the west coast of North America. I saw it as a new age renaissance, which seems to bring the inner realms into a real experience here on Earth. Through, dance, art music and communal creative freedom.”

When I was 24 I started traveling the world. I was so curious about the rest of the world outside America. Was it still the same? I went to Mexico, Guatamala, Belize, Peru. Then Australia and Thailand. But it was on my way to Australia wwoofing on a lettuce farming on the island of Kauai that I experienced the ceremonial spirit of the Peruvian plant medicine Ayahausca. Which has been a catalyst for much of the imagery in the art. This intentional experience of the ceremony mixed with the omnipotent brew of the ancient shamanic culture blasted my being and consciousness into a spiral of magical exploration of deep forests, shape-shifting serpents, angelic extra-dimensional beings and the purging of energy. These things I have always related to on mental level. But the ceremony offered a direct channel to the actual experience of such magical forces very present in our universe.

Now I aim to control the balance of the outer and inner realities and cultivate daily practice of meditation, yoga and connection with nature. Merging the exploration of the ceremonial and imaginative experience with the root of the body and physical essence. 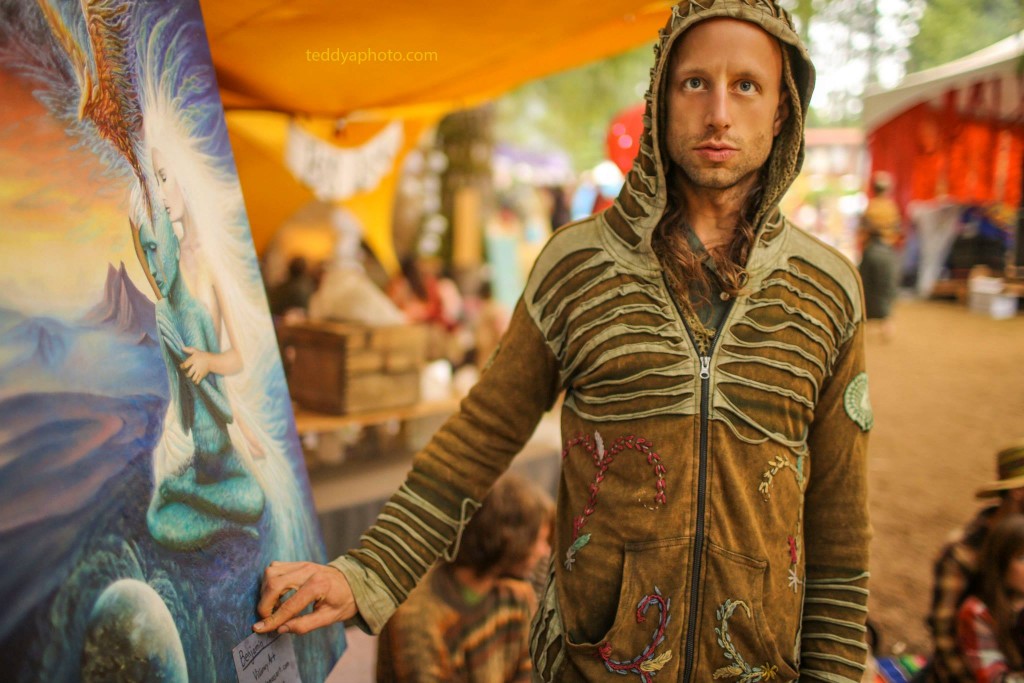