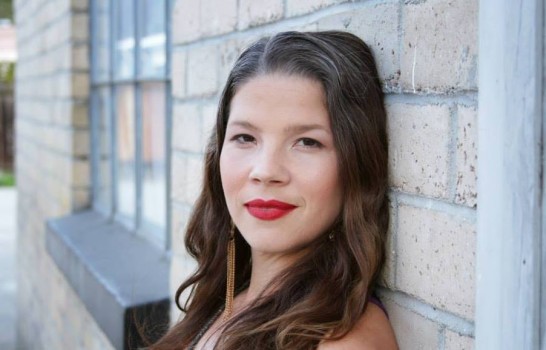 Gina’s music reaches a variety of audiences, which makes her a Universal artist. She has shared her talents in the mainstream where her wide appeal shines through co-writing and recording with her brothers, Gabriel and Chris Rene. Their endeavors include the 2012 hit song “Young Homie”, “MeanGurl” (from Paramount film’s 2004 “Meangirls” starring Lindsey Lohan), and “U Must Be” (co-written by Artstrong Clarion), which was featured in the 2006 film & soundtrack. More recently Gina Rene reached the top 50 on The XFactor USA 2011.

Gina’s vocals activate the electronic music phenomenon Soulstice (Om Records), while her original music blends R&B, Hip-Hop, rock, pop, and world music. All of this with a spiritual foundation formed during her journey through homelessness to spiritual awakening. Recently she has been in the studio with Michael Franti and Spearhead, adding her vocal stylings to their upcoming album “All People”, whose title track she co-wrote and features her vocals.

Presently Gina’s in Santa Cruz recording her newest multi-genera album by night, while facilitating youth in a Life Skills program she uniquely expresses through an emphasis on the roots of Hip Hop culture, music, and beyond.