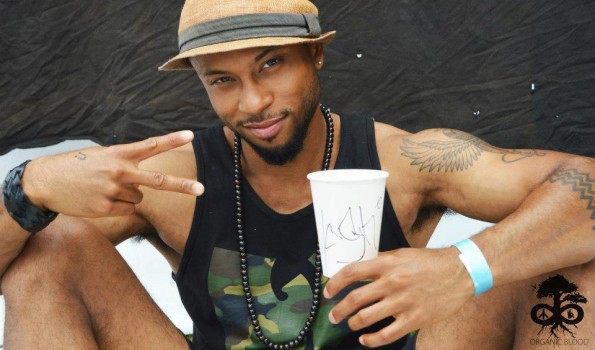 In the world of hip-hop, Kiyoshi is utterly unique: a versatile rapper, poet, and songwriter who explores the alternative direction of healthy, conscious living. His passion to deliver uplifting and entertaining messages and hope for humanity is evident throughout the deep layers of his Pacific Islander and African American heritage and musical roots he embraces like no one else has (or could).

Trained by his music teacher father and seasoned through years of poetry slams, talent shows, and musical and rap performances, Kiyoshi found his audience in the Metro Detroit hip-hop scene in the early 2000’s while a student at Eastern Michigan University. Always at the grindstone, he saw success as a rapper and songwriter while earning his degree in Communications.

His creative combination of soul and swagger were immediately obvious upon the 2004 release of his tour de force “Unorthodox Slang.” That disc, in addition to his EP “Headknod Oddyssey,” full length album “The Talent Show (2009),” and his 2013 valentine’s mixtape “Herstory in the Making,” all proved popular with hugely diverse audiences from all over the world. Kiyoshi’s current project “The Affirmation EP” is already uplifting and inspiring the masses and is his most proud work thus far. All of his work leading up to now, has set the stage for a rewarding career and is still receiving immense support and admiration across the globe.

As shown by his endless and successful hustling for listeners, he is neither a hobbyist nor an amateur. A rising and undeniable voice in hip-hop who has been compared to Common and L.L. Cool J., Kiyoshi has shared the stage with B.O.B., Big Sean, Aloe Blacc, Mayer Hawthorne, Danny Brown, Eligh of Living Legends, Nahko Bear, Saul Williams, Elzhi of Slum Village, Black Milk, One Be Lo, Matthew Santos, Fred Hammond, Karsh Kale, DJ Drez, Luminaries, Kirtaniyas, and more. Yoshi’s work has also been featured on MTV, VH1, FUSE TV On Demand, and countless other networks.

He is a veteran of the business with underground credibility and mainstream appeal. His refreshingly pure, conscious, and soul-driven music as well as his intense personal charisma are already making him unstoppable in 2014. Watch yourself. Kiyoshi already blew up right before your eyes.