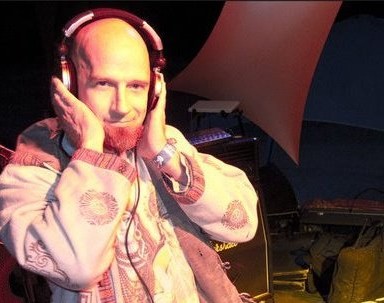 Outersect is Rob Rayle, a San Francisco Bay Area based composer and producer of genre-bending psychedelic electronic music that synergizes psychill, techno-bluegrass, and 70s progressive rock styles. Inspired by sights and sounds from around the world, Outersect fuses acoustic instruments and sounds with digital production to emerge with his own unique sonic experience. Outersect’s ‘one-man electronic jam band’ shows include live keyboard improvisation and sound loops to inspire ecstasy on the dance floor and auditory bliss.

Outersect has jammed live with Hallucinogen (Simon Posford) and shared the bill with Shpongle, Ott, Gaudi, Bluetech, Shulman, Phutureprimitive, and other pioneering electronic acts. Outersect performs regularly in the San Francisco Bay Area and has played in all the major West Coast festivals in the US including Symbiosis Gathering, Earthdance, Mystic Garden Party, Beloved Festival, Stilldream Festival, and Gemini Festival. Internationally, Outersect has performed in Israel, Spain, Mexico and Thailand.

Outersect began training as a classical pianist at age 10 before graduating to synthesizers at age 16. He spent years composing and performing in rock bands before the Burning Man festival altered his musical direction to electronic music. Outersect’s live productions, performances, DJ sets, and his collaborations with other local artists and collectives have created memorable musical events across the West Coast, USA.

Outersect spends many happy hours playing with his wide collection of sound equipment in his converted garage studio where artists including Perry Farrell, Bassnectar, An-ten-nae, and Goa Gil have mastered tracks and CDs. He began putting his studio together in the mid-1980s and is now well stocked with unusual pieces of specialty equipment ranging from high end digital gear to vintage analog synthesizers.

Outersect is a master of the Serge Modular, a rare and extremely powerful analog synthesizer, and the Kyma system. He is also an expert in physical modeling synthesis of acoustic musical instruments and has written his own special software, theOutersect Modeler, for emulating the behavior of acoustic instruments for the Kyma Capybara 320. Most of the seemingly acoustic sounds on his tracks are actually synthesized using the Outersect Modeler. In addition to synthesizers and keyboards, Outersect also plays the guitar, drums, shakuhachi, and many other instruments.

When he’s not making music, performing or producing events, Outersect can be found practicing soto-zen meditation, pumping iron, or making a yummy latte (extra hot!) at home. Outersect is an animal lover who once had 20 pets under one roof including a rescued lemur. He still proudly rocks tie-dye like it’s 1969.