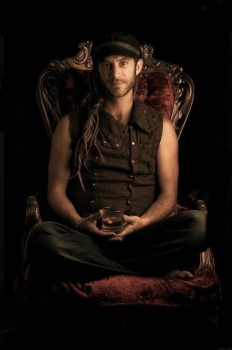 Ra.be is a multifaceted Hip Hop artist who lives by the phrase, “Freestyle is a Lifestyle”. He has been honing the skills of freestyle rapping for the past decade and has spent the last 2 years cultivating his craft in the studio. In April 2014 he released his first mixtape, Medicinal Hip Hop, and will be releasing his second mixtape, Resonant Medicine, in September 2014.

Through his dedication to his spiritual path, spreading well being through Theta Healing, and being a visual artist he has had countless inspirational experiences and topics to share his message through the sacred art form of Hip Hop. He considers music a medicinal medium to spread inspiration, awareness, love, and a visceral experience of the creative life force that runs through all things.

His solo performance is known to include live instrumentation to accompany soul sonic beats that he intricately laces and graces with tastes of lyrical amazement. For the last year has also been collaborating and touring with TROPO bringing his freestyle lyricism to the deep dance rhythms of a stellar live instrumentation EDM band.

Hip Hop is in Ra.be’s DNA and it’s clear in his performances that it’s a gateway to a transcendental state that he considers an offering and blessing to share with any crowd.