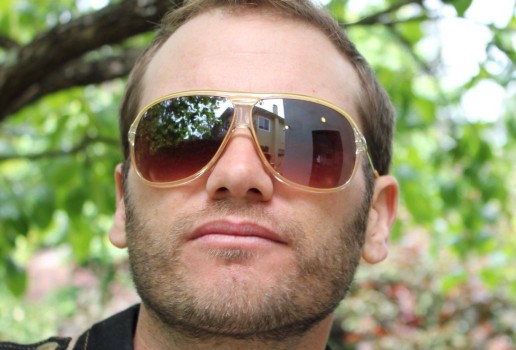 Resonant Sun has been producing music since 1999, when the technology age made music recording accessible to the general public. At this time, he became introduced to the Mayan calendar, which is where he got his name. Activated by the new tools of the millennium, he began his path as a musician.

Known to experiment outside of genre, Resonant Sun’s music can best be described by the name of his second album “TribalAstroFunk,” which is a combination of hip-hop, reggae, jazz, and downtempo breakbeats. Alongside the unique groove of the music are fluent lyrics which range in topic from ecological awareness to hemp activism to the nature of time.

Resonant Sun is a founding member of the Galactic Council Hip-Hip Crew, which is an independent collective of artists who collaborate on different projects from CDs to event production, meanwhile bringing freestyle rapping, or cyphering to the forefront of their agenda. In 2008, The Galactic Council released “Galactic Funktions,” a compilation made by the collective, produced by Resonant Sun. Special guest artists in the Galactic Council include local Bay Area residents Rocker-T from award-winning sound system Jah Warrior Shelter and Seasunz from the Wisdom crew.

Less known about Resonant Sun is that he is also the creator of a Jewish hip-hop album called “HipHopShabbat” released in 2004, which fuses traditional Jewish prayer and hip-hop. “HipHopShabbat” opened the door for hip-hop prayer within the Jewish community and Resonant Sun, (aka Doctor J and Yo-Natan) has travelled nationwide teaching youths about how to mix hip-hop and religion.

Besides his music, which is his first love, Resonant Sun feels his greatest accomplishment is making “The Universal Religion Synchronometer,” a calendar which combines the time systems of the major world religions into one calendar. Religions included are the Hebrew, Muslim, Chinese, Mayan, Krishna, Ethiopian, Celtic, and Gregorian calendars. Resonant Sun’s love for the many spiritual cultures is reflected in his lyrics, which he feels are his offering for a more enlightened world.