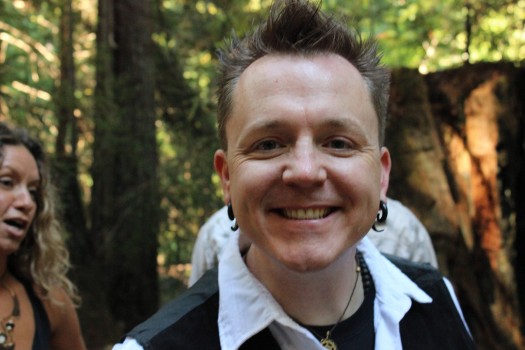 Zack Darling is a bass music, mashup and reggae DJ from Northern California who is widely known for a diverse and eclectic style of dance music.

Zack is a 2-time winner oF the “Best DJ in the North Bay” award and has shared the stage with artist such as Bassnectar, Metallica, Matisyahu, and countless festival headliner artists and DJs. He’s played at venues such as The Fillmore (SF), Shoreline Amphitheater, Regency Ballroom as well as some of the biggest festivals, concerts and nightclubs around the US West Coast.

His unique style of rock mashup dance floor fusion has built him loyal audiences at festivals, clubs, concerts, living rooms and car stereos. Zack’s DJ career spans over 20 years and began as a 14 year old electro-reggae-punk DJ playing late night sessions on public and pirate radio stations in Northern California. He’s since dropped multi-genre-smackdown dance sets on night clubs and parties large and small in the US and internationally. His mixes are expressions of the alignment between Mashups and bass-heavy dance floor beats. Zack runs the popular new website www.mashstep.com where fans of this sound explosion can saturate their spirits in bass-heavy dancefloor mashup wompers. Zack’s style of Mashup-meets-Bass-music-fusion allows him to follow all of his passions, old and new, merging Breakbeats, House, Dubstep and Mid-Tempo Hip Hop, with Reggae, New Wave, Folk, Funk, Soul and especially classic Rock favorites – remixed, retooled, repurposed for the dance floor.

Zack continues to feed the flames of the music community through his event production and emcee efforts. He is the lead producer of the Mystic Beat Lounge Techno-Tribal Dance , Associate Producer of Harmony Festival, North Bay Burning Man Regional Contact (2005-2011), co-founder of the nightclub event Decadance and resident DJ at the legendary party Juke Joint. He has been one of the emcees for Wakarusa Festival and other large festivals. He produces many of the graphic art, posters and websites for the Northern California concert and festival industry via his Santa Rosa based company, ZDCA Design & Development which also serves as a central point for his event production endeavors.